Sources of coolness for young and old. The fountains of Athens.

In another page of the website we mentioned about the weather of Athens and how hot it can become. We also provided some tips for finding some sources of coolness throughout the city such as public pools and a/c indoor areas.

Now we will discuss and present to you a project of Athens Mayor, Mr Bakoyiannis about the renovation and complete restoration of the 34 Fountains of Athens.

Yes, Ladies and Gentlemen, Athens has 34 public fountains, a great source of coolness and an important factor in the improvement of the neighborhood's microclimate.

They change the appearance of some of the most imposing fountains of Athens and offer valuable "sources" of coolness for locals and travellers, especially on difficult hot days of July and August, when the degrees are climbing on high levels.

The fountains of Athens, inextricably linked to its history and culture, which in recent years presented an image of abandonment and decline, are being reconstructed by the technical crews of the Municipality and the first 30 "fountains" of Athens have already been put into full operation and the immediate in the next period of time, four more will be delivered.

"The fountains of Athens are coming out of oblivion and becoming an integral part of our city's daily life again. The beginning was made with the construction of the Omonia fountain. A living project, which led to the regeneration of the historic square, as well as to the recovery of its emblematic character. Two years later, we are giving new life to another 34 small and large water "oases", offering the residents and visitors the respite they so badly need" said the mayor of Athens, Kostas Bakoyannis.

To date, the fountains in the squares have been put into operation are the below:

Truman, Research Foundation, Attica, Metaxourgeio, Nathanael, America, Messolongio, Lavrio, Madrid, Egypt, Mavili, Hellina Ergati, Petroula, Karaiskaki, Syntagma (Waterfalls), as well as at the junction of Veikos and Dimitrakopoulos streets, in the area of ​​Fix Patision , in Agios Nikolaos Acharnon, in Korai Square (two fountains), in Fokionos Negri (three fountains), in Rigillis and B. Sofias, Hymettos and Eutychidos, Bucharest and Stadio streets and finally at the University of Athens (two fountains), in the Spiritual Center of Athens and Hilton.

The facelift of the fountains located in Koumoundourou and Kotzia squares, in Filopappou and Syntagma square (central) will soon be completed. 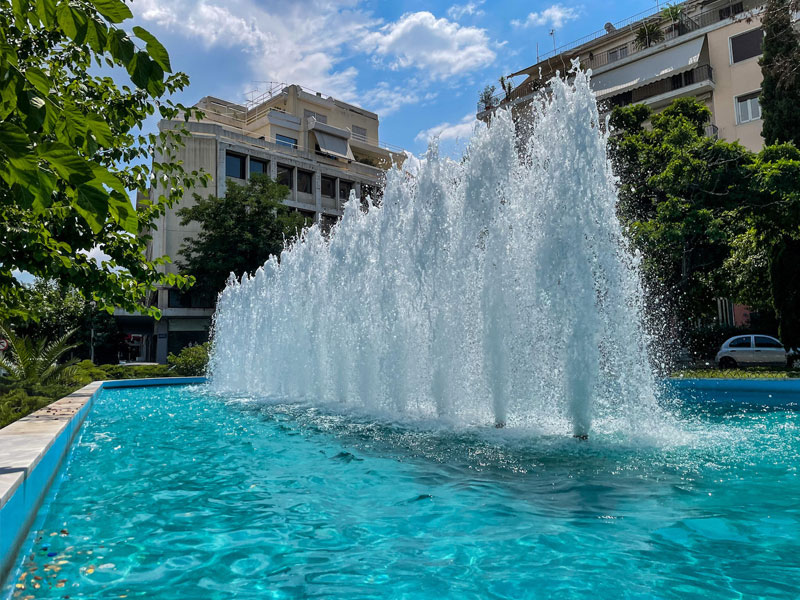 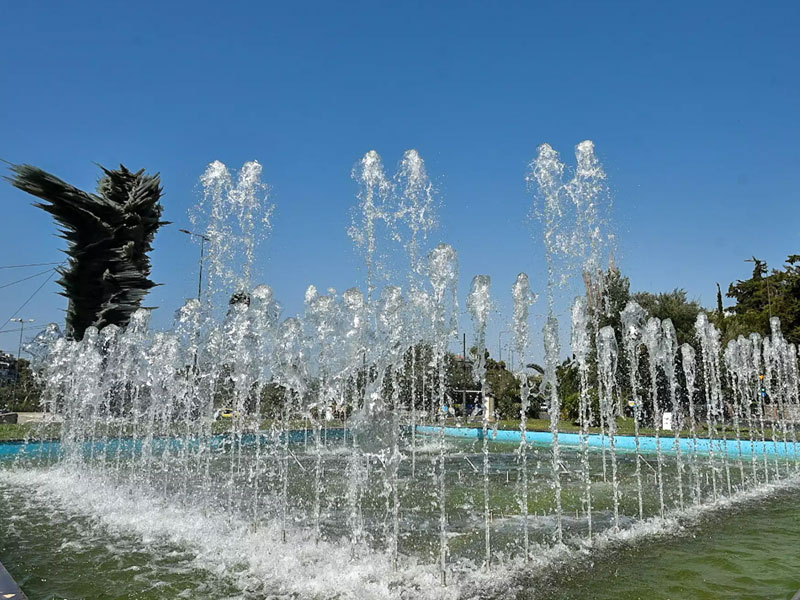 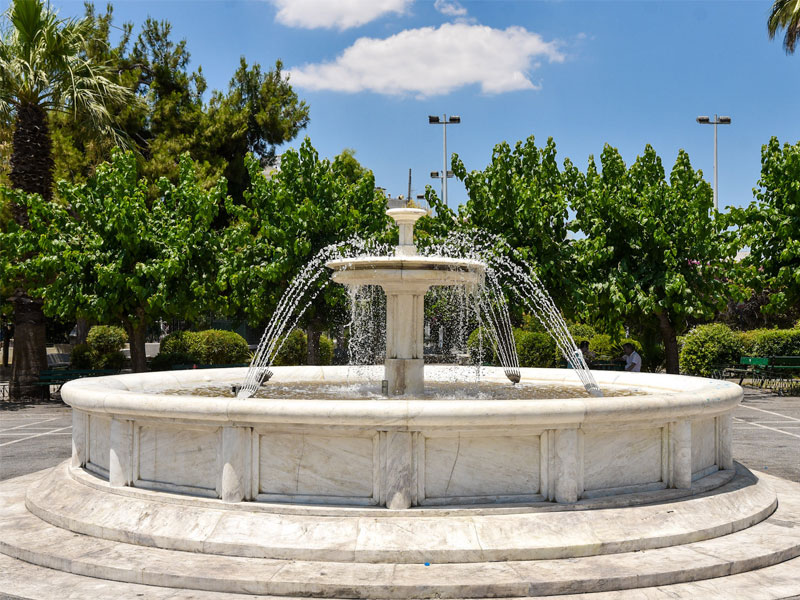