Wish to Explore the Acropolis of Athens?

The Acropolis is accessible all year
and is in the city of Athens
historic center.

Welcome to the Acropolis of Athens, the symbol of World Heritage
An unprecedented creative idea, expressed in architectural grandeur.

The Acropolis of Athens is one of the most important symbols of our civilization. The magnificent and greatest sanctuary of ancient Athens, built to honor the goddess Athena, looms over the modern metropolis from the rocky crag known as the Acropolis. The contemporary visitor to Athens has the privilege of visiting this unforgettable site where history and art blend into a unique experience, one which allows us to peer back in time from the height on which we stand today.

The Acropolis of Athens is not only the most important monument in Greece but also one of the greatest achievements in European culture. It was designated a World Heritage Site by UNESCO in 1987 because it is part of the common heritage of humanity. The monuments on-site are world renowned and enjoyed great renown since they inspire our ideals about democracy and human rights.

The Acropolis, meaning "high city" or citadel in Greek is an ancient citadel located on a high rock above the city of Athens. It was also known as Cecropia from its legendary founder, Cecrops , the first Athenian king . The Acropolis houses the most famous landmarks of Greece: the Parthenon , the Erechtheion and the Temple of Athena Nike . Many travelers from around the world now visit Acropolis every day. The ancient citadel was built on a flat-topped rock, about 150 meters above sea level , bounded by precipitous slopes on all sides except the west.

The Heritage of Acropolis

The most celebrated myths of ancient Athens, the most important religious festivals , earliest cults and a number of momentous occurrences are all linked to this holy ground.

The monuments of the Acropolis are complemented by their natural setting, which is evident in the architecture. These magnificent creations of ancient engineering employ many different architectural orders and styles to produce a most creative fusion of Classical art that has had an enormous effect on art and culture for several centuries.The Acropolis, constructed in the fifth century BC and now is the world symbol of World Heritage, is a magnificent monument to Athens' glory, power, and riches during Perikles' golden age.

The Acropolis of Athens , and the Parthenon in particular, is the most recognized monument of ancient Greek culture. It has continued to be a symbol in many respects, including democracy and Greek culture. It also signifies the birth of Western civilization and is an emblem of European culture.The Parthenon was erected to Athena Parthenos, the city's patron goddess and goddess of wisdom. It was constructed at the request of Pericles, the Athenian political leader in the fifth century BC.

The temples, statues and other structures were built on the highest part of the Acropolis, at least 30 meters above its base. To access this point, visitors must climb a long flight of steps that begins in Dionysiou Areopagitou Street and ends under the Propylaea (the monumental entrance to the Acropolis).

The origins of Athens date back to prehistoric times. The 'birth' of the city is associated with the goddess Athena, who was said to have emerged from the head of Zeus after he impregnated Metis. Athens has a rich history and a great tradition in sports, art and culture. The Acropolis Museum includes architectural parts of ancient monuments, inscriptions, sculptures and more.

The Acropolis is a rock fortress on top of which are several buildings from classical antiquity. During the 2nd millennium BC, this hill was used as the settlement of the town Athens. According to mythology, Athena won over Athenians developed their city into a significant center for politics, philosophy , arts and literature. 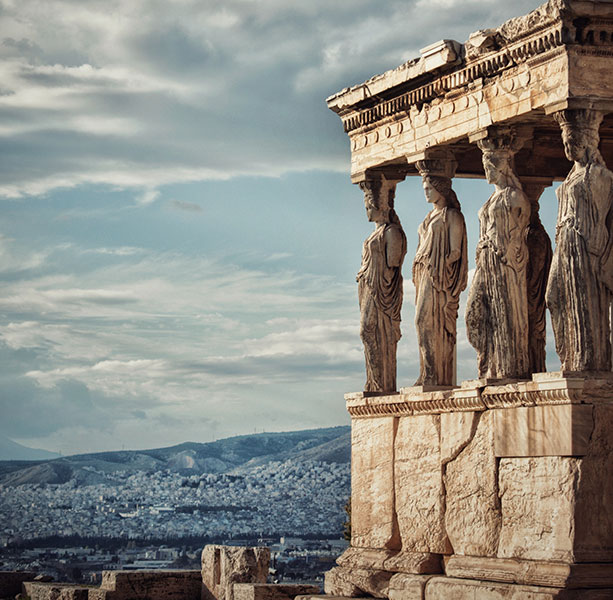 The Parthenon dates from the 5th century BC and is a temple dedicated to Athena , wife and patron of Zeus . It is widely considered to be the pinnacle of the Doric order in architecture. The Parthenon's sculptural decoration, known as Elgin Marbles, was removed from the Parthenon, by Thomas Bruce, 7th Earl of Elgin, in 1801.

The Parthenon is a temple in the Doric order and was erected in 447 BC by Ictinus and Callicrates for Athenians believed that Athena was born in this place and it served as a fortress during the Persian invasion. The battlements of the Acropolis were dismantled in 480 BC to facilitate the Persian invasion. In 480 BC Xerxes demanded that the Athenians provide earth and water as a token of submission to Persia . Thucydides reports that when the ambassadors delivered his message, Artemesia, who was one of them, urged them to leave at once before she was forced by the Persians to do anything unholy.

Athens is known for its famous ruins and architectural symbols. It is considered the cradle of European civilization, birthplace of democracy , the acropolis and the first modern society in Europe. The Parthenon has been declared a World Heritage Site by UNESCO since 1986.

The Acropolis Museum opened to the public on July 20, 2009. It sits partially atop the Acropolis and partially in the surrounding rock. The museum was built to a design by Swiss architect Bernard Tschumi to house every artifact excavated from an area of about two hectares around the Acropolis since 1885.

The Erechtheion is a temple on the north side of Acropolis in Athens, Greece. Built between 421 and 406 BC, it is the last major temple to be built on the Acropolis of Athens, and it is a significant example of both Ionic architecture and Doric architecture. The Temple of Athena Nike was a small shrine located at the western peak of the Acropolis in Athens. It was built in 427 BC , was about 4.5 meters in diameter, and its stylobate measured 19.8 x 38.9 meters. It had two columns on either side of the pronaos and eight columns along the naos.

The ancient citadel was built on a flat-topped rock, about 150 meters above sea level , located on a hill in Athens. The Acropolis is named after the rocky crag from which it was built, and it is divided into two parts: an upper section or citadel proper, where lies most of the ancient monuments, and a lower section to the northeast consisting of Mycenaean fortifications and several temples that have been excavated.

Things to Do in Athens 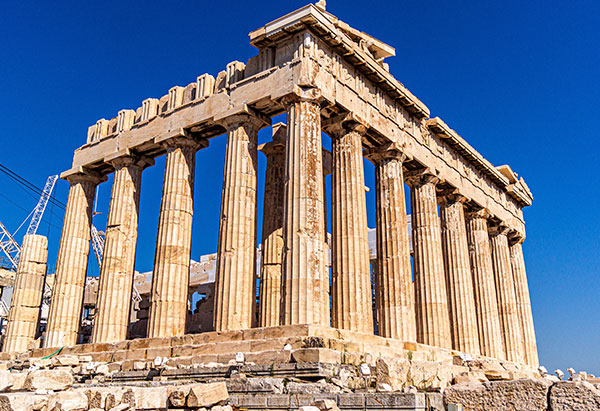 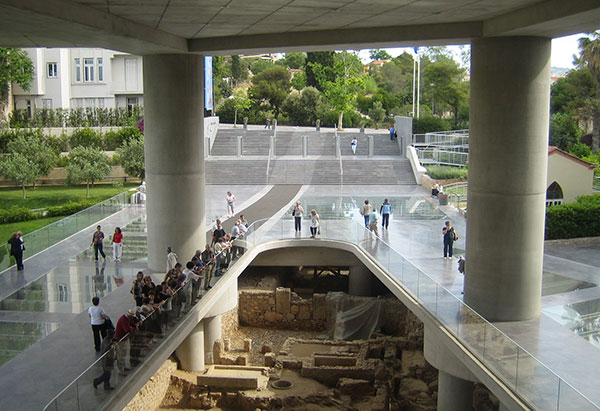 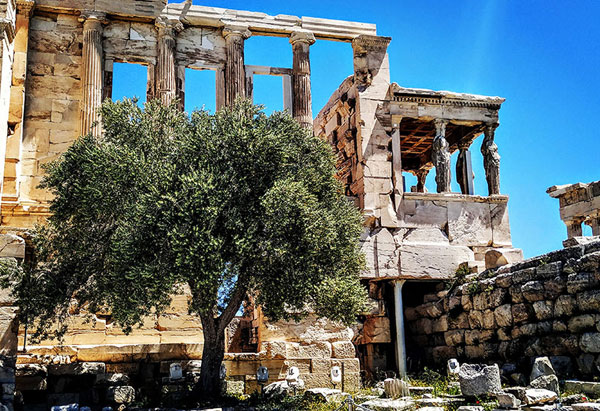 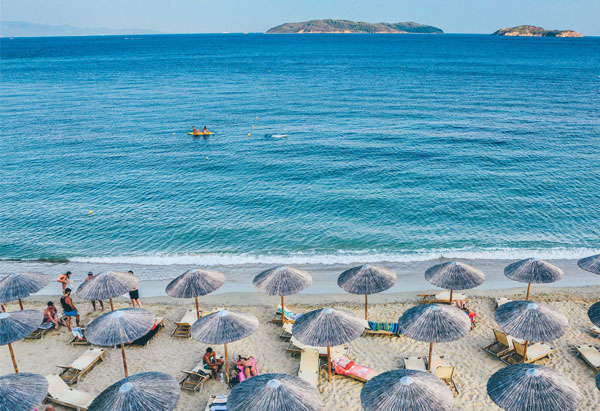 The treasures of the Archaeological Museum 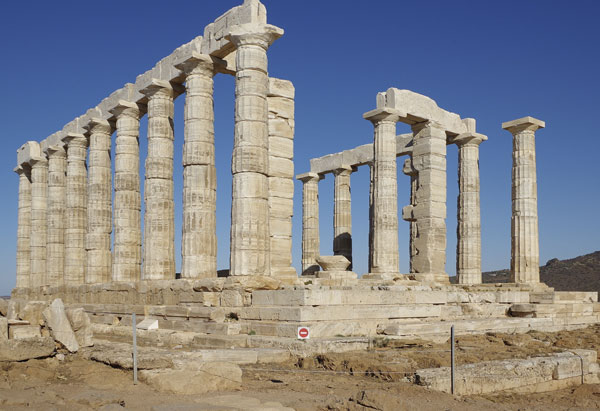 Cape Sounion and Temple of Poseidon 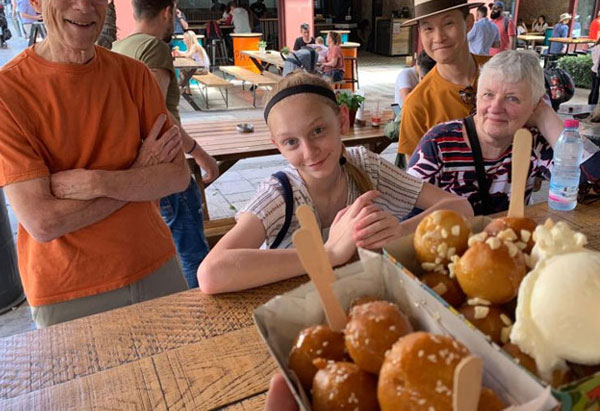 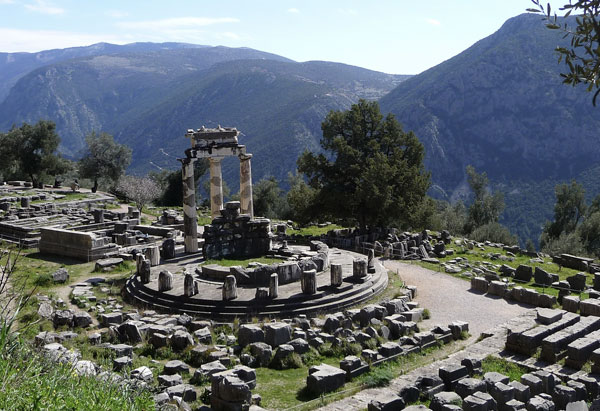 A daytrip to Delphi 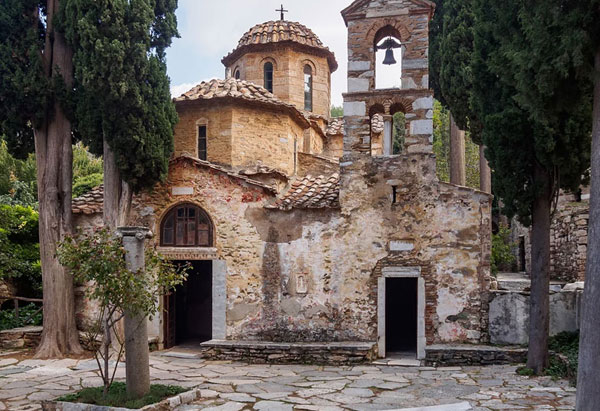 The Acropolis of Athens is accessible all year
and is in the city of Athens
historic center.

Things to Do Nearby

Things to do near Acropolis

Things to do in Athens

If you're coming to Athens for the first time, don't worry – there are plenty of things to see and do here that are accessible. The city has made great strides in recent years to become more accessible for disabled tourists, so you'll be able to enjoy your time here without any problems. Athens is a beautiful city with a rich history, and there are plenty of accessible activities and attractions for you to enjoy. You can visit the Acropolis, one of the most famous archaeological sites in the world, or take a stroll through the National Gardens, which are wheelchair-accessible. There are also several museums that are fully accessible, including the National Archaeological Museum and the Benaki Museum. And if you're looking for a bite to eat, there are plenty of accessible restaurants and cafes around the city. Whatever your interests, you'll be able to find something to do in Athens that's right for you.

Historic Districts of a Capital

Athens is a city with a long and rich history, and that history is evident in its many different neighbourhoods. If you're looking to get away from the typical tourist traps and experience more of the city's culture, then you'll want to explore some of Athens' neighbourhoods. Kolonaki is a great place to start, as it's known for its upscale shopping and dining. However, if you're interested in the city's cultural scene, then you'll want to head to Exarhia. This neighbourhood is home to many galleries and theatres, and it's a great place to get a taste of the city's arts and culture. No matter what your interests are, there's sure to be a neighbourhood in Athens that appeals to you!

Roam into the Neighborhoods of Athens

Athens, the capital city of Greece, is a vibrant and historic destination that has something for everyone. The city is steeped in ancient history, with countless well-preserved ruins dotting the landscape. at the same time, athens is also a modern city, with a lively nightlife and a wealth of contemporary architecture. in this comprehensive travel guide, we will cover everything you need to know before visiting athens. we'll start with a brief history lesson and then move on to discuss what to see and do in the city. after that, we'll provide some valuable tips for travelling in athens. finally, we'll finish up with two reviews by different travellers about different aspects of this wonderful destination.

A timeless guide of Athens

Did you know that Athens was a small town two centuries ago? Did you know that the Greek islands are about 2,000? That no part of the country is more than 137 kilometers from the sea and that our merchant fleet reaches 70% of all ships in Europe? These and many more interesting facts about Greece follow and teach us the little curious secrets of our country.

·        The population of Athens in 1834 was 10,000. From the moment it was chosen as the capital of the new Greek state until today, its population has increased to the unimaginable number of more than 3 million inhabitants, i.e. about 40% of the Greek population.

·        Athens has been inhabited continuously for 7,000 years. This makes it one of the oldest cities in Europe

Greece has more archaeological museums than any other country in the world – something that of course does not surprise us much. 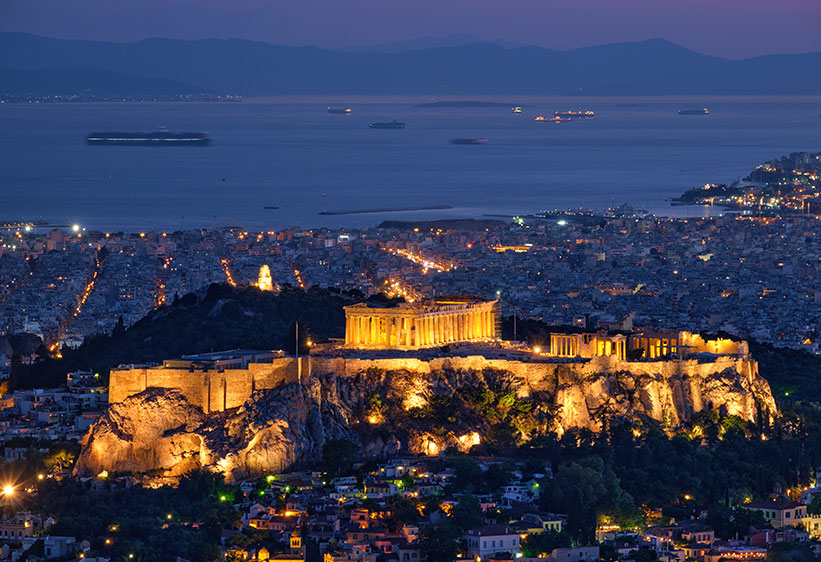 4 great spots in Athens to enjoy the Full Moon 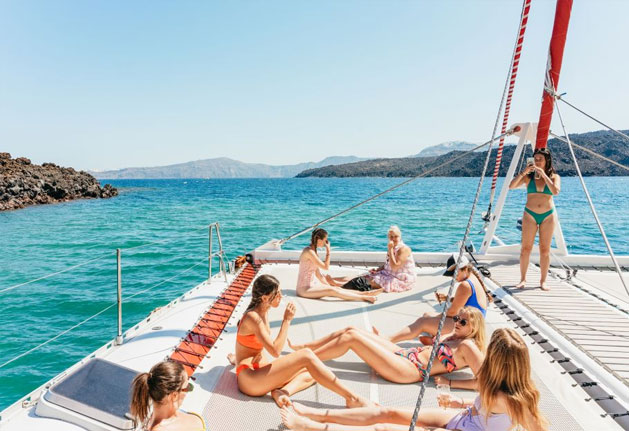 Are you in Santorini? Dont miss this Sunset/Morning Catamaran Tour 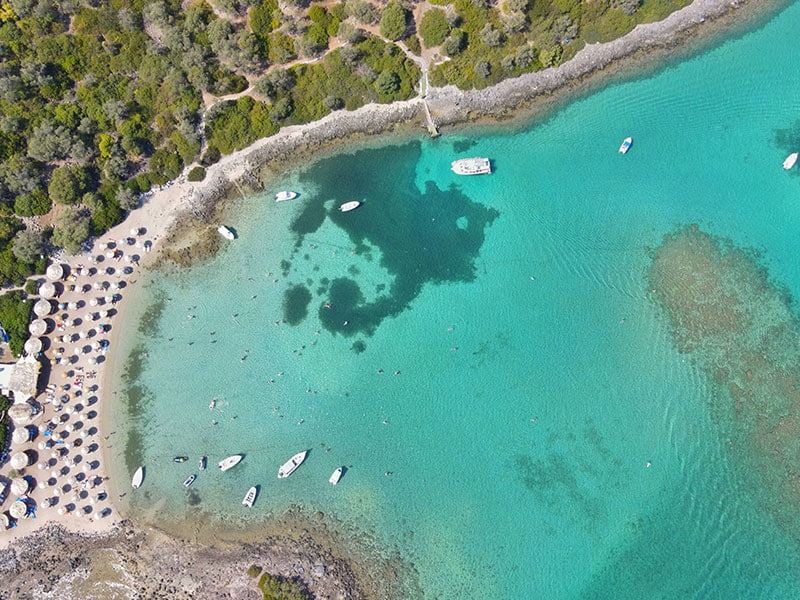 Evia: Discover one of the most gorgeous and “undisturbed” beaches on the south side of the island 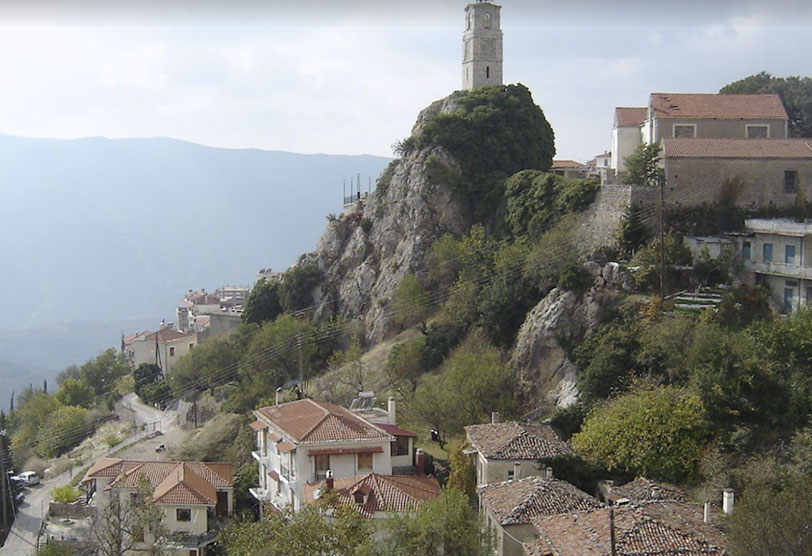 4 “magical” villages near Athens, you must visit right now. 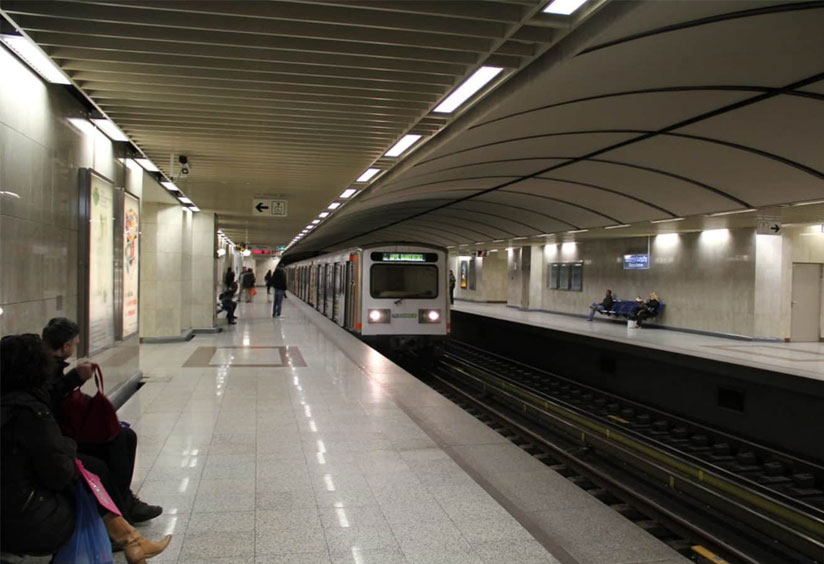 The Athens Metro is second in the world for pickpocket complaints. 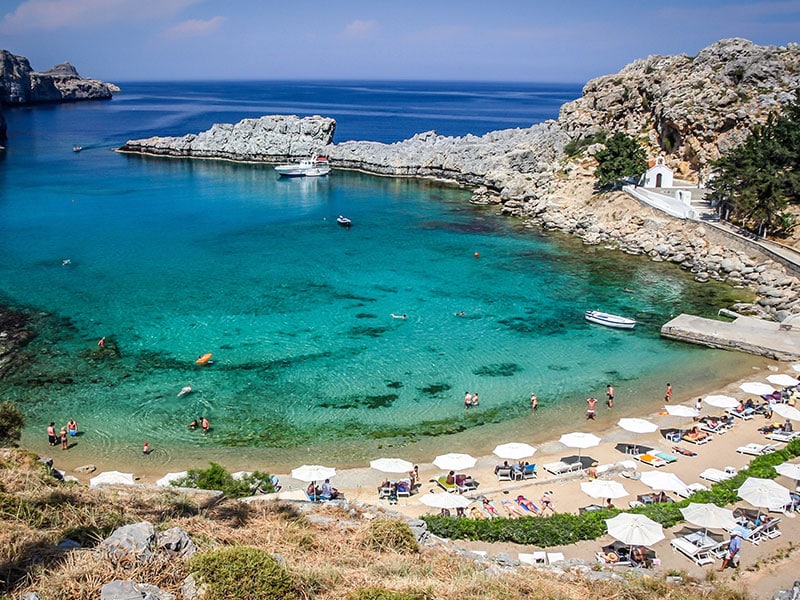 Holidays in Rhodes. 3 water activities to remember for a lifetime!

The Acropolis is accessible all year
and is in the city of Athens
historic center.

Things to Do Nearby

The Acropolis is accessible all year and is in the city of Athens historic center.

Things to do near Acropolis

Things to do in Athens 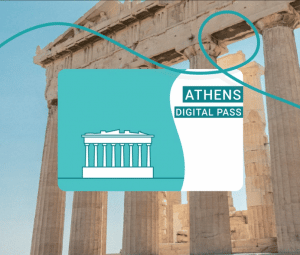